10 things you need to know to stop a coup
- This article, written in September of 2020 discusses the psychology of a nation undergoing an attempted coup and the behaviours that individuals can adopt to produce a kind of immunization against these attacks.

Mister Rogers Had a Simple Set of Rules for Talking to Children
- The title somewhat buries the lede; Mr Rogers actually had an exacting ear for choosing language with the goal of not misleading children who watched his show.

Are We Really Engineers?
- A three part essay exploring whether software engineers are really engineers, based on the opinions of 17 interviewees who have worked professionally as both a software engineer and traditional engineer.

What’s going on here, with this human?
- A large part of my work in software development involves hiring other developers. We spend a lot of time assessing technical ability because the softer skills are harder to assess. This post describes a sent of mental tools that can be applied for identifying the right candidates.

Breath
- Nestor is a journalist, not a doctor, but I think he's made a compelling case for the interestingness of what seems like the most routine part of life. He collects a number of surprising stories from experts that show that breathing well is critical to living well.

Why We Sleep
If you don't have the time to read the book, at least make the time to watch Matthew Walker's TED talk about sleep. - Matthew Walker, PhD, is actually an expert on sleep. Though not a clinician, he has been responsible for running a number of experiments that deepened our understanding of the effects of sleep.

Deep Sea Adventure
- This compact "push your luck" board game comes in a box about as wide and long as a cellphone, making it perfect to throw in a bag on the way to a party. It's not the most complicated game in the genre, but it seems like fun to break out when you're with a group looking for something to do together.

Inscryption
- Daniel Mullins has made a career around building games that have a meta-story about game development. Inscryption stands out from the previous titles by having core gameplay that's interesting on its own, providing a strong foundation for the larger story. 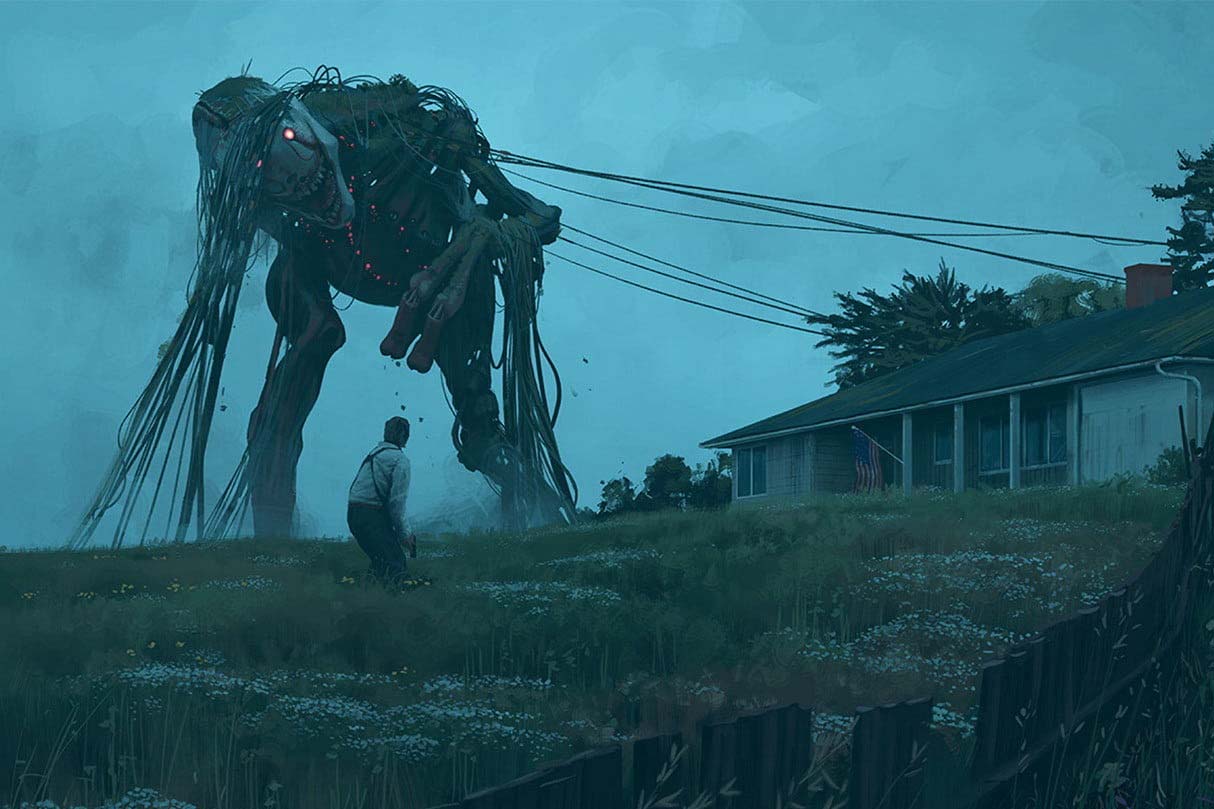 The Electric State by Simon Stålenhag should have been on my list of favourite books from 2019 but it somehow escaped. Industria
- Industria isn't a particularly well-balanced game, but the suspensful story really kept me engaged. I felt like I was exploring a world combining the story-telling of Ken Levine's Bioshock with the art direction of Simon Stålenhag.

Julien Baker
- Baker's work typically focuses on just an electric guitar and her vocals and has a classic indie singer / songwriter sound. On her Wikipedia page someone has listed one of her genres as "slowcore", which sums up her music perfectly to me.

Jehnny Beth
- If you're a person who loves a wide variety of musical styles, you can get it all, from solo ballads to heavy industrial, in Jehnny Beth's first solo album.

St. Vincent
- St. Vincent is a hard person to describe, but she fits the description of a musician's musician. Complicated and varied, she seems to bring professionalism and an eye for detail to every project.

The Peter Attia Drive
Peter Attia also has a series of notes on his blog explaining how to evaluate the quality of a scientific paper that are very good. - A podcast that goes very deep into medical science to educate listeners on what we really know about living a healthy life. What I like most about this podcast is that Dr. Attia is quite clear to emphasize what we don't know, and what evidence we have for various hypothesis.

The Good Place
- I don't usually include a section for favourite TV, but I need to make an exception for The Good Place. Who ever would have thought that a comedy series about moral philosophy would make for a hit TV series?

Assessment of Metabolic Flexibility by Means of Measuring Blood Lactate, Fat, and Carbohydrate Oxidation Responses to Exercise in Professional Endurance Athletes and Less-Fit Individuals
- In short, patients with Metabolic syndrome transition from using fats for fuel to carbohydrates at much lower power outputs than elite athletes. By measuring specifically how lactate levels accumulate in an exercising patient, you can get an estimate for their ability to use fats as a fuel source.

Vagus Nerve as Modulator of the Brain–Gut Axis in Psychiatric and Inflammatory Disorders
- I never studied anatomy or physiology so there's a lot to unpack in this review article. To summarize as best as I can: the vagus nerve is the primary pipeline for sensory information from many organs, such as the digestive system. Activity and stimulation of this nerve is associated with benefits to mental disorders and inflammatory diseases, and this activity can be increased through meditation.

Inside
- 10 years from now, when we're asking each other "do you remember what 2020 was like", the best thing we could do to remind ourselves is to re-watch this artifact of pandemic art from Bo Burnham.

Waterpik Aquarius Water Flosser
Recommended by my dental hygenist. I find it much easier to slot into my daily routine than traditional flossing.

What can individuals do about climate change?
- Bill Gates published a book at the start of 2021 titled "How to Avoid a Climate Disaster", and reading that is my next goal in this area.

How do we improve the way we document software projects?
- This year I started taking notes about things I learned or problems I had while working on software. I found that I was regularly returning to these notes days and weeks after writing them, so they've certainly been worth the effort.

What are the areas of music that I find most interesting?
- I spent a good bit of time this year experimenting with synth-heavy dance music. Overall, I find the genre to be somewhat formulaic and not inspiring enough on its own; I've learned that the live performance aspects of making music are important to my enjoyment.

Topics I'm thinking about at the start of 2022

What would computers look like if the typewriter had never been invented?
- The primary way that software developers interact with the computer is through the keyboard, and this hasn't changed much as new input methods like mice, touchscreens, and game controllers have become more popular with other computer applications. For as innovative as developers are, I suspect new innovations suffer from path dependence. We rely on text editors for writing code and terminal emulators for tooling. If the early programming languages instead relied on more graphical interactions, what would software development look like in 2022?

How do we improve the way we document software projects?
- Carrying on from last year, I wonder now why techniques like literate programming haven't gained any traction. I've come to believe that software source code and documentation should be changed at the same time, through the same code review and source control processes. Can I find any evidence to support or refute this idea?

Three toy projects to learn about different fields of software development:
- I'd like to work on at least one of these projects this year